About the Hotspur School of Defence

Established in 2003, the Hotspur School of Defence, has become a respected name within the international HEMA community for its study of medieval combat treatises dating from 1389 to 1494.

The School has a firm focus on German and Italian sources, teaching the following disciplines - longsword, messer, arming sword and buckler, dagger, wrestling, pollaxe, and spear.

In 2012, the HSD was invited to become one of the founding schools of the Chivalric Fighting Arts Association, a confraternity of like-minded HEMA schools across the world which promotes the ideals of historical fidelity to the study of ancient treatises.

In 2016, it founded the international HEMA Messer Guild, which now has over 1,700 members worldwide. 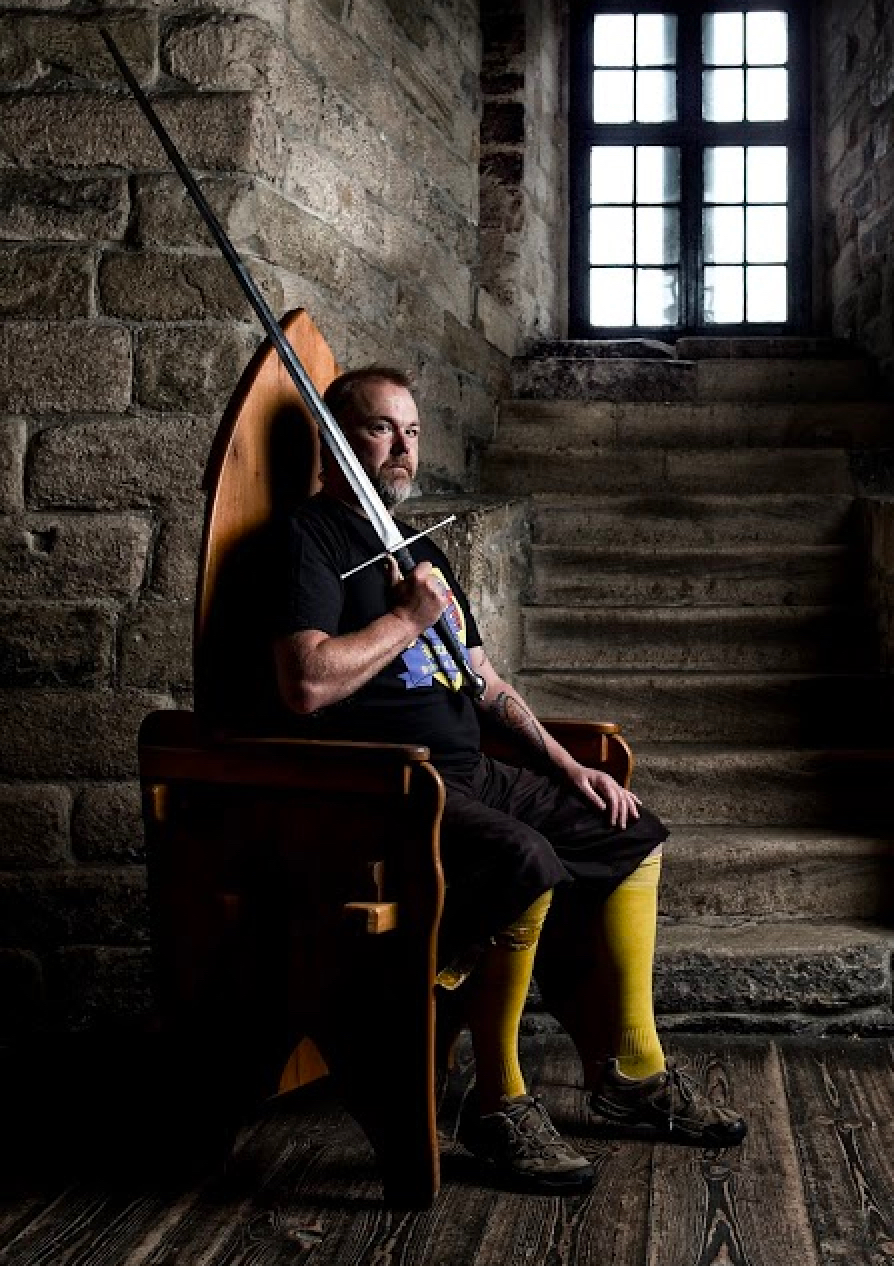 For over 26 years Bob has been a pioneer of Historical European Martial Arts.

His work in the revival of medieval martial arts has seen him teach all over the world, provide expert consultancy for TV and film, including BBC, Channel 5 and particpate in ground-breaking research such as the study on Bronze Age Swords with Newcastle University.

As a teenager he became a keen sport fencer, studying under the reknowned Professor Pat Pearson and excelling in sabre. In 1994 he joined the fledgling Dawn Duellists Society in Edinburgh, alongside Guy Windsor and Paul Macdonald, while studying at the city’s Napier University. The DDS went on to become one of the world’s oldest and most respected HEMA groups and is still going strong more than 26 years since its foundation.

Robert was a founding member of the BFHS, serving as its Secretary from 1998 to 2004, and was elected President in September 2013. He is also a fully-qualified BFHS Instructor and Assessor.

In September 2017, Robert was accepted as a member of the prestigious Razmafzar, an organisation dedicated to the revival of Historical Persian Martial Arts, with the aim of expanding his area of study beyond the borders of Europe. 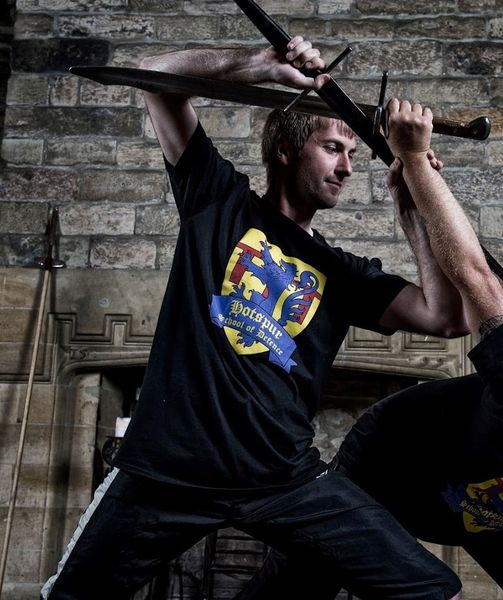 Andrew started his martial arts journey in 2000 studying Wing Chun Kung Fu (because it lead to the use of the paired broadswords) with a focus on practical self defence. He later expanded his training with Budo and Jiu Jitsu.

He started training HEMA with the HSD in 2014, quickly attaining the rank of Scholar with Longsword and Messer and then Free Scholar with Polearms and Dagger.

Andrew passed the British Federation for Historical Swordplay (BFHS) Instructor Level 1 qualification in 2016, before becoming an assistant instructor within the School and then being invested as Sergeant at Arms.

He has taught at HEMA events in Spain, Ireland, South Africa, The Netherlands, Malta and Romania as well as within the UK. Andrew has an outstanding level of attention to detail, coupled with a dynamic practical approach to historical fencing. 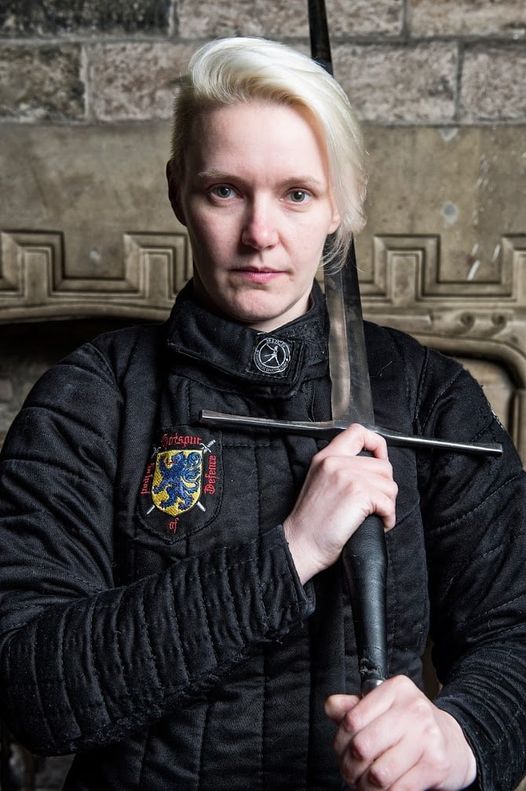 Jo began her martial arts journey in 2000 studying Capoeira Regional, before transitioning into Aikido in 2007 and gaining her Black Belt in 2012.

At the beginning of 2017, Jo joined the Hotspur School of Defence and quickly set about developing her skills in Historical European Martial Arts. In less than a year she had aced her Scholar’s Prize, playing over 40 bouts each in Longsword and Messer, and it was at that point we realised we had a rare talent in our midst.

Jo not only excelled within the School but also outside it, embarking on a year-long tour of the UK tournament circuit which saw her take the Discipulus Artis Dimicatoriae Silver Medal for technical prowess at The Art That Adorns You held in York in April 2019.

From the beginning, she set herself a goal of remaining as faithful to the original 15th century teachings as humanly possible at every level of her training and bouting, in order to maintain authenticity of movement and technique.

This approach has continued with her achiving Free Scholar Rank in Longsword, Messer, Polearms and Dagger, in which she continually strives to remain true to the source material. She was promoted to Provost in June 2022. 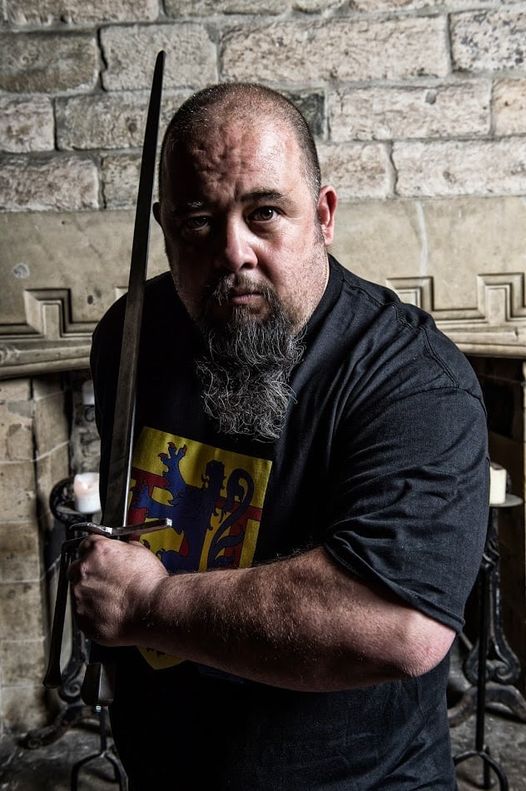 Ian Lowery joined the HSD in 2015 with no previous martial arts experience. His interest in the period and the weapons we study originated from glimpses within film and print and, in common with many of our students, Ian took initial inspiration from fantasy and fiction and translated this through the HSD into practical, physical activity.

Ian attained the rank of Scholar in 2017 with Longsword and Messer, then focusing on Dagger and Poleaxe as Free Scholar. He brings a wealth of professional experience from his corporate Training background to support and advise the HSD and is passionate in supporting the School and its students.

Ian supports classes as Assistant Instructor within the HSD both at home and abroad. Outside the school he spends time metalworking and woodworking, with many of the club weapons sooner or later falling into his hands for repair and maintenance.

As a result of historical injury to his dominant arm, Ian has been forced to re-train to work left-handed, but this has not prevented him from becoming one of our most formidable fencers particularly with the messer, dagger and pollaxe.

Ian has further used his experience to provide a different perspective to the application of techniques, as well as some unexpected surprises for opponents. 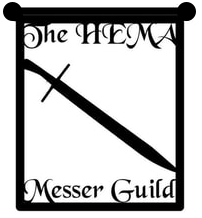 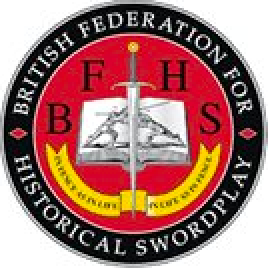 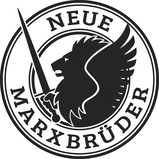 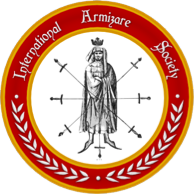